Vancouver–December 2, 2010 – Just in time for the gift-​​giving season, Atomic Fez Publishing has signed a distribution deal with Canadian book distributor Author’s Choice Publishing Group. This means all its titles will be available from Chapters.Indigo.ca and from Amazon.com as well as directly from its web site. Ebooks – now priced between $4.99 and $6.99 – are still available for Kobo and Kindle download in DRM-​​free format.

“Author’s Choice has made it easy for us to make Atomic Fez titles more widely available in a variety of formats,” said publisher Ian Alexander Martin, “which is what publishing in the 21st Century is all about.”

Founded in 2006 after yet another Canadian distributor filed for bankruptcy, Author’s Choice focuses on distribution of Canadian authors and small publishers’ books rather than warehousing.

“I’m committed to eBook publishing, but I also know that for collectors and those who have yet to invest in eReaders, the printed book is still in demand,” said Martin. “I want to ensure we’ve covered all the bases, and making Atomic Fez books more widely available is one of the ways to do so.”

UK customers are invited to order directly from Atomic Fez; these orders will continue to be fulfilled by Christopher Teague, operator of the Welsh-​​based publishing house Pendragon Press. This arrangement means UK customers save both on shipping costs and delivery time. 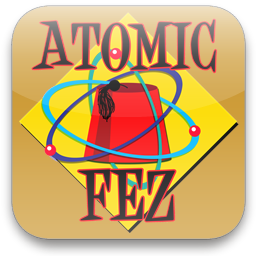 Founded in May 2009 and formally launched in 2010 at the UK-​​hosted World Horror Convention, Atomic Fez is an eclectic Canadian press providing hard-​​to-​​categorize but eminently readable fiction, including horror, humour, fantasy and noir, sometimes with a dash of erotica for flavouring. Titles include: THE BEAUTIFUL RED by James Cooper; PONTHE OLDENGUINE by Andrew Hook; THE TERROR AND THE TORTOISESHELL by John Travis; TWISTHORN BELLOW by Rhys Hughes; and WICKED DELIGHTS by John Llewellyn Probert. Atomic Fez and its proprietor-​​publisher, Ian Alexander Martin, are dedicated to the creation of new edge fiction.