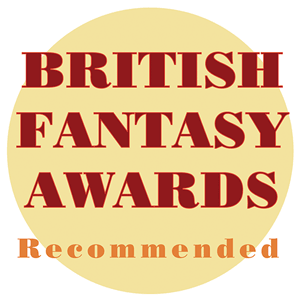 We’re right chuffed! Atomic Fez books are in the running for the British Fantasy Awards!

Books that were published in 2010 by Atomic Fez have been included in the ‘long list’ of titles being considered for awards in five different categories for the British Fantasy Society’s 2010 Awards! HOORAY!

The specific categories and titles are as follows:

Plus, as if that’s not enough, Atomic Fez Publishing has been included in the list for “PS Publishing Best Small Press Award”, along with 16 others. Hooray!

If you’re a member of the British Fantasy Society, or attended their FantasyCon last September in Nottingham, then CLICK HERE and head to the ballot and Vote for the Future! Vote Atomic!!