“This Week’s Fish Wrap” is an on-​​​​going series of posts summing up the news of the previous seven days in the publishing industry, and appears here each Monday. It’s also quite possible that the posts merely serve as a dumping ground of links so that Atomic Fez Proprietor Ian Alexander Martin can find articles later to include in his occasional rants about how ‘EVERYONE ELSE IS ENTIRELY WRONG’ about various things. 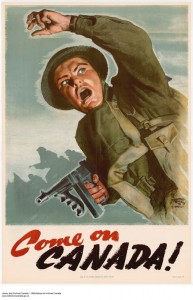 Whilst an actual post is not quite yet finsihed here, there will be a complete examination of the topic once I’ve sorted out a few things with Amazon®, the IRS, and who knows who else.

This all arises as a result of the development of THIS POST, which I thought was the end of the matter, more fool I.

It turns out that Amazon doesn’t have the same definition of “publisher” as most other people – including the IRS which is how this whole thing is supposed to work you would think – and considers itself to be the publisher, as “Vicky” in their “Tax Information Reporting” department explained Saturday in the following statement to me:

Pursuant to the terms of the agreements, Amazon considers the transaction to be an acquisition of one or more copyright rights pursuant to Treasury Regulation § 1.861−18 with the rights to distribute the content to the customers. Amazon views the payments made to you under these circumstances as royalty payments subject to US income tax withholding under the relevant laws. As a publisher, you may yourself license content from your authors and pay royalties.  Amazon is still required to apply withholding rules to your payments.

Well well… This is intriguing. It’s also quite wrong, in fact. I actually have to license content from ym authors, and pay them royalties, because otherwise it’s called “theft”. Amazon might be ‘distributing’ the works, but they ain’t ‘publishing’ it.

I recall a massive hue and cry at one point of “don’t sign away your publishing rights to the Amazon Overlords™”, but that seemed a tad odd and more than a little alarmist at the time. Amazon wasn’t in the business of actually publishing books (although they are now), and they certainly didn’t have any intention of ripping people off for their book’s profits. I recall noting the specific section referred to, and did a double-​​take at the language.

Re-​​reading the defining clauses at the start of the contract, the fact that they were using the verb “to publish” seemed more clear and appropriate to what Amazon does as a distributor, if still awkward and open to misinterpretation when taken out of context. Due to this being electronic books, you can’t define “publishing” as the entity that arranges for the books to be printed, or even shipped, because there’s no physical entity to be moved around. “Publish” suddenly becomes damned close to “make available for purchase” and the already-​​thin line becomes pretty damned thin indeed.

Frankly it’s pretty damned surprising that Amazon is playing it so damned safe with the question of withholding amounts pending tax assessments, given their problems with various States regarding sales taxes in their jurisdictions. Why they suddenly are willing to kow-​​tow to a Federal Office is a bit of a mystery.

The actual problem with the possible interpretation of the contractual statement of Amazon being considered the ‘publisher’ of the works sold through the now-​​called “Digital Publishing Platform” (IE: “The Kindle Store”) is what I’m now facing, as is every other Canadian publisher: until such time as you acquire some sort of US Tax Identity Number (SSN EIN, or ITIN; the last of which will probably run me about $650 dollars or more once the thing’s properly completed and certified and prepared by an IRS-​​authorized agent), you’re not going to get the final 30% of all monies earned from the sale of your books, due to Amazon withholding that amount “in trust” for the IRS, pending the review of tax assessments, which will basically state “if I owe anything, it’ll be owed to the Canada Revenue Agency, so you’re not gettin’ nothing anyway”.

Why not just file the returns every year there? Well, for a start I couldn’t do that because, once again, I don’t have one of those magical US-​​tax numbers. Additionally, preparing those forms is unnecessary because Canada and the USA have a “tax treaty” that basically negates the need to file those forms. Plus, well, the IRS really doesn’t want to be bothered about all this rubbish, they have enough on their plate as it is. I’m in the middle of getting hold of someone in the Philadelphia office of the IRS who seem to be well-​​acquainted with the whole complex issue of Canadians earning money through the USA without actually standing in the USA at the time.

What’s the stumbling block here? Amazon, and not–as stated by article’s writer in the comments of this post of theirs on the interwebs – the IRS at all. My interpretation of it is this: due to their daft insistence on covering their asses based on a very bizarre interpretation of previous tax regulations, we now have this weird policy stating that I’ve got to jump through expensive hoops in order to get the amount that ought to not even be withheld anymore.

There’s also that rather over-​​inclusive concept about who has the publishing rights to a book, but let’s leave that for another day.

Look for more about this later. Possibly after I’ve be released from custody by the US Customs Agents at Blaine.

NOTE: the last bit is a joke, and I am not about to enter the USA using armed force.